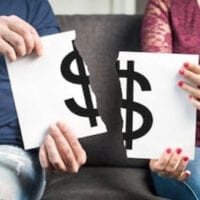 Florida is an equitable distribution state when it comes to divorce, which means the assets and liabilities of the couple are divided fairly, although not necessarily equally. One of the key concepts of property division in Florida divorces is that only marital property is divided, so it is important for anyone going through a divorce to understand what is considered marital property, and what the courts will deem as non-marital property. The distinctions are not always as clear as they sound, and it can often become confusing for divorcing couples.

Non-marital property, also sometimes referred to as separate property, typically includes any assets or liabilities a spouse brought into the marriage. Again, there are exceptions to this and they include:

Our Florida Family Lawyers will Protect What is Yours

Property division in Florida can quickly become confusing, as it is sometimes difficult to differentiate between marital and non-marital property. At All Family Law Group, our knowledgeable Tampa family law attorney will help determine what assets are yours, and what is subject to property division. We always work in the best interests of our clients and will fight to protect what is most valuable to you. Call us today at (813) 672-1900 to schedule a free consultation and to learn more about how we can help during your divorce. Se habla Español.

Did Divorces Really Spike During Pandemic?

The COVID-19 pandemic started nearly one year ago and at that time, predictions were being made that it would cause a spike in divorce cases...