Can You Undo a Divorce Decree?

Deciding to get divorced usually comes after much deliberation and numerous attempts to save the marriage. Once the decision is made, however, the parties are typically firm in their position that the marriage cannot continue. Nevertheless, there are instances where a couple later determines they want to attempt reconciliation instead of divorce. While this situation is good for the spouses personally, legally there could be difficulty depending on far the divorce case has proceeded through the court system. If a default judgment or final divorce decree was issued, courts are reluctant to undo such decisions because the stability of the legal system rests in part on the finality of court actions. In addition, the legal complexity of reintegrating all of the matters a divorce separates makes it virtually impossible to really undo a divorce decree. Consequently, if the divorce case has reached an endpoint, courts will only overturn an order in limited circumstances. If, however, the case is earlier in the process, stopping divorce proceedings is easier and generally brings fewer consequences. Certainly such requests are the exception in most divorce cases, but understanding the procedure to cancel a divorce decree will illustrate the seriousness of seeking divorce.
Dismissal of Pending Divorce Case
If a divorce case is still pending and no final orders have issued from the court, it is relatively simple to withdraw the petition. All that is necessary is for one party to file a voluntary motion for dismissal requesting the court to stop the case at the present point and discontinue further proceedings. If the other party filed counterclaims earlier in the case, it may be necessary that he/she also file a motion to dismiss. Note that if the court entered interim orders for child support or alimony, these benefits would go away. Thus, it is important for parties to assess what they would lose by ending a divorce petition.
Vacating Default and Final Judgments
When a court issues a final judgment in a case, it means the judge has considered and decided all pending matters before the court. The verdict is released in a written decision that can be used to enforce the terms of the court’s judgment. While most people associate final judgments with the end of a case after both parties present their arguments, it can come earlier in the form of a default judgment. When a legal petition is filed with a court, all named parties must respond to the demands or allegations made against them. If any party fails to respond, the court can enter a default judgment against him/her that grants all of the demands of the opposition. This is a severe result, so it is crucial to respond to every court document received in a legal case.
Overturning a final judgment is a complicated process, and a court will only consider it if one of the following circumstances exist:
None of the grounds for vacating a final judgment is easy to show, but in the event a decent argument can be made, the knowledge of an experienced divorce attorney is needed to evaluate the facts of the case in order to give such a request the best chance of succeeding. Also, it is important to mention that a party can use these grounds as basis to reopen a divorce case and argue it needs to be reconsidered or modified.
Talk to a Divorce Lawyer
If you have questions or concerns about the final judgment issued in your divorce case, talk to a divorce attorney to learn what your legal options are. The All Family Law Group, P.A., located in the Tampa Bay area, handles all aspects of divorce and family law cases, including post-judgment appeals and petitions.  Contact the Tampa divorce attorneys and family lawyers at All Family Law Group, P.A. in Tampa Bay at 813-816-2232 for a consultation at no charge or email us.
by Lynette Silon-Laguna Google+
at January 18, 2017

Can You Get A Florida Divorce if You Cannot Find Your Spouse?

Divorce is a legal process in which one person files a petition to dissolve their marriage and afterwards, serves their spouse with the div... 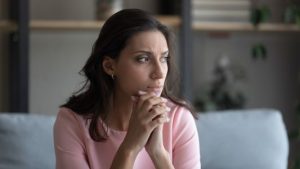